Who is at Fault for Dangerous Roads in California? 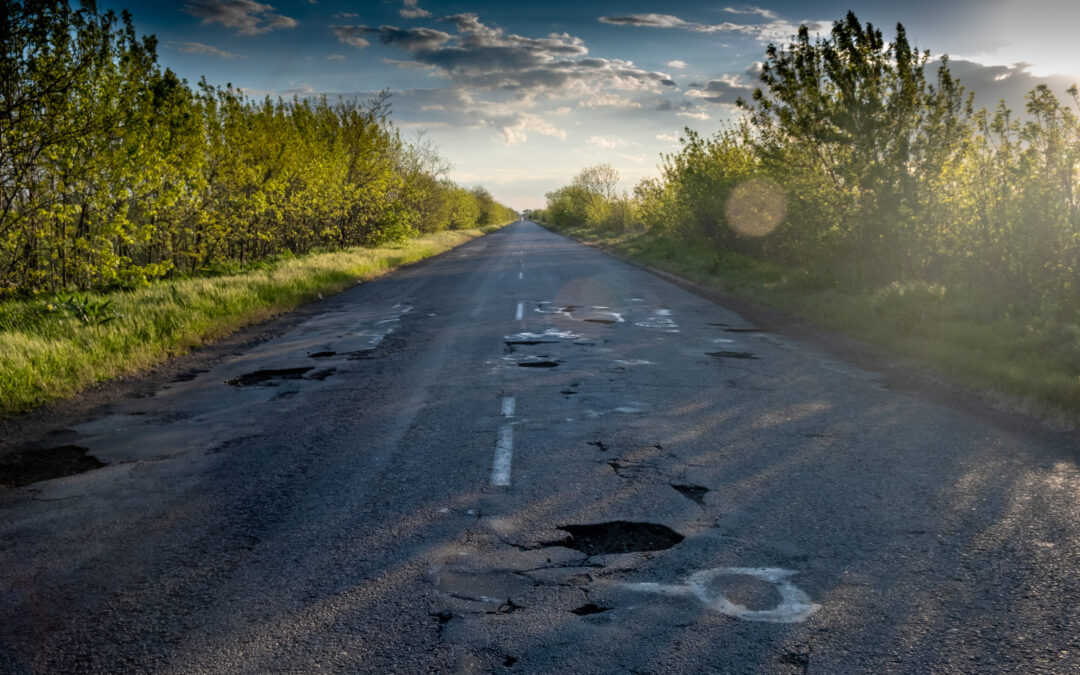 One major cause of accidents and catastrophic injuries that we see involve dangerous road conditions. For instance, a road may have been paved inappropriately or not maintained well or even designed improperly that could give rise to an unreasonable risk of serious injury or death. The first question is, who’s responsible for these dangerous road conditions; in other words, if you need to file a lawsuit because you’re injured by one, who do you sue? That’s actually a more complicated question than it may initially appear.

Generally, a road is maintained by a governmental entity, usually state or local. (An interstate highway is maintained by the federal government). For instance, in the State of California, state highways and roads are built and maintained by a state agency, the California Department of Transportation, called CalTrans. However, while CalTrans plans for the roads and oversees their maintenance, the actual work is often done by contractors and subcontractors, often numerous contractors and subcontractors for just one project. How the process first begins is when CalTrans decides to embark on a new project, it issues a request for proposal for various parts of the project, with detailed specifications for the scope of work done, and then companies bid on the opportunity to perform that work.

Very importantly for our purposes, CalTrans requires that its contractors have or obtain a very large insurance policy that will cover the State and all contractors and employees for any injuries and damages that may result or arise from the project. Depending on the size of the project, this could be an insurance policy for as large as $50 million or $100 million. This is important to you, as an injured claimant, because why? Lawsuits are about obtaining money, and insurance is often the source of the money to pay for the damages sustained by the claimant.

Retaining an Attorney & Filing a Claim

If you’re unsure which governmental entity may have liability, you would be well advised to file against each separately. For example, you may not be sure which governmental entity is responsible for a particular road, whether this was a state-level CalTrans project, a road project of the County of Los Angeles, or a street project of an independent municipality such as the City of Pasadena, in that case, you should file a governmental claim against each one.

Almost always, the government either denies your claim or fails to respond, which is construed as a denial. In which case you must timely file your claim with the appropriate court in your jurisdiction.

For instance, in California, you generally need to first file your administrative claim with the governmental agency within 6 months of the incident. The agency has 45 days to accept or deny your claim. If it denies your claim within those 45 days, you have 6 months from the denial date to file a lawsuit. If you fail to do so, your claim may be barred. Note that this is a substantially shorter period than if you were suing a non-governmental entity. If the agency doesn’t issue you a rejection notice, you must check the statute in your jurisdiction to determine the deadline to file a complaint.

Another important issue to deal with in these road condition cases is governmental immunity. In California, it used to be that governmental entities were immune from lawsuits arising from dangerous road conditions. The law now is that they are not immune (meaning they can be liable), but only if a plaintiff can prove, among other things, that the dangerous condition was created by the wrongful act of a public employee acting within the scope of his employment, or the public entity had actual or constructive notice of the dangerous condition a sufficient time before the injury to have taken reasonable measures to protect against such injury. You’ll need to develop the factual evidence to prove all of those elements, as well as potentially expert testimony on the legal concept of “constructive notice” – which is that the governmental entity should have known about that condition – and what “reasonable” measures it could have taken.

These issues show why it’s important to have a lawyer who’s experienced in these matters. In California, if you don’t file a government claim within the first 6 months, or fail to file a lawsuit within 6 months after a government rejection letter, you are quite likely going to lose your case on procedural grounds, even if the agency was substantively responsible for the incident that caused your injury. Another danger is relying on an attorney who is not experienced enough to find the appropriate qualified expert witnesses who can testify about the unreasonable nature of the government conduct, or whether the governmental entity had sufficient notice of the dangerous condition upon which to base liability.

Before the filing of the lawsuit, and at the same time that your attorney is dealing with the administrative claims, he or she should try to find out who the contractors and subcontractors were on the project. This is important for two reasons:

Unlike filing a governmental claim, all states typically require that you sue every person or entity that may be responsible in the same lawsuit. You can’t sue different defendants in separate lawsuits for the same harm because the law requires everyone who may have liability be joined in the same case so there is no risk of inconsistent verdicts or more than one recovery for the same loss.

Although you may not initially know which contractors were involved in the project, you can find out who was involved through a government records request. You can also find out during the pretrial discovery process and amend your complaint to add additional defendants. An interesting advantage to naming multiple Defendants in a lawsuit is that they often turn on one another. CalTrans is likely to deny any improper road condition, but state if it does exist, it is the fault of the general contractor who in turn will deny the problem with the road, but if it exists, will blame the subcontractor.

Jurors may become very sympathetic toward the plaintiff when they see a horribly injured individual and the government entity and its contractors pointing the finger at each other. I have had personal experience with many dangerous road condition cases. I obtained a $50 million settlement of a personal injury case which is the largest personal injury settlement on record in the history of the United States. That case involved an ambiguous bike lane which caused an inattentive driver to mistake it for a driving lane, thus causing serious injuries to my client. In another dangerous road condition case, I represented a bicyclist who was paralyzed from the waist down when his bike hit a protrusion in the road. That client first went to a law firm that supposedly specialized in bicycle law. That firm advised him to settle for $250,000. He was understandably not happy with that suggestion, and came to us, where we eventually recovered a $15.5 million settlement for him. Obviously you can see from these examples how important it is to select the right attorney.

I am viewed as one of the top attorneys in the United States and am closely connected to the other top lawyers across various jurisdictions and specialties.