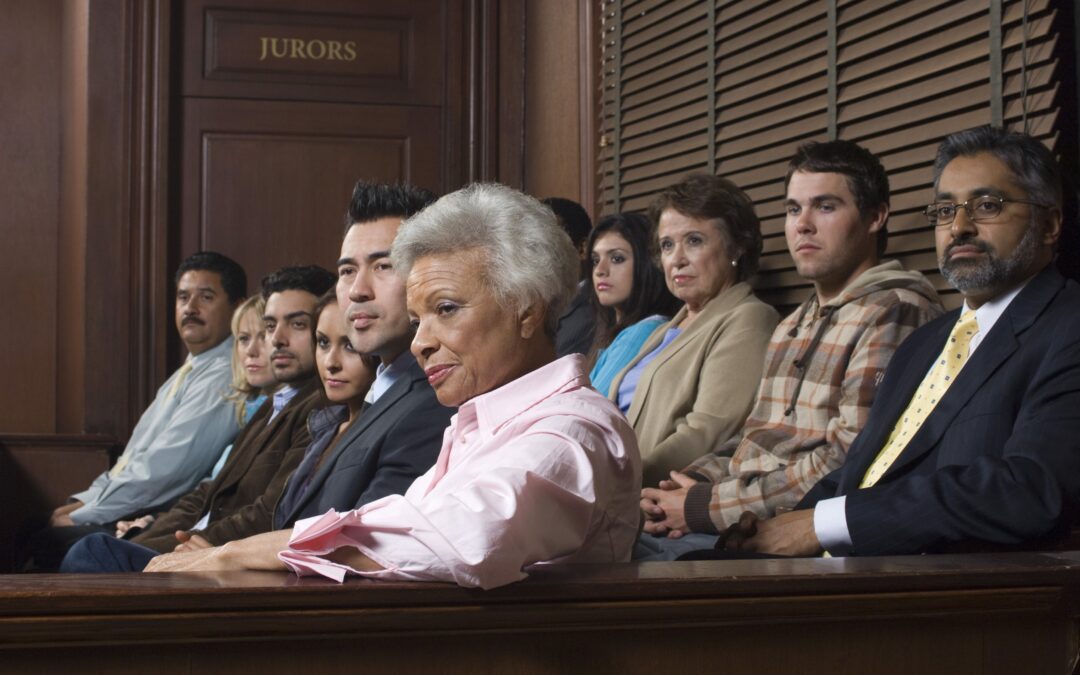 The main objective in jury selection is to discover any obvious or hidden bias that the prospective juror may have for or against your client. A secondary but very important goal of a successful voir dire is to establish a positive relationship with each juror, i.e., get them to like you. People tend to believe the people that they like, trust and respect.

To gain a juror’s respect, you must be respectful of them. Towards that aim, start out recognizing the hardship and inconvenience of jury duty and thank them for serving. You also gain their respect when you are prepared and listen to their responses. To do this you must not put on airs, and you must be yourself. People (including jurors) can tell if someone is phony. The more prepared you are, the more confident you will be and confidence resonates with potential jurors.

Flushing Out Bias with a Jury Questionnaire

The best way to convince a court that a questionnaire would be appropriate is to show how it will save time in the long run and address particularly sensitive issues upfront without causing juror embarrassment. Of course, you will rarely be successful in getting a questionnaire approved on the first day of trial. You should cooperate with opposing counsel, agree on a draft to have the best chance to obtain the court’s consent.

Everyone has bias, including the jurors on your panel. Sometimes the juror recognizes his or her bias, and sometimes they do not. For example, people may have an implicit bias for tall leaders. Less than 15% of American men are over six feet tall, yet almost 60 percent of corporate CEOs are over six feet tall. This is also true for leaders in the military and even for Presidents of the United States. Biases can come in many forms. Some of the most common involve Gender, Sexual Orientation, Racial and Ethnic bias.

It is important to flush out these potential biases in voir dire. For example, in the Orange County Register case I represented low level employees of foreign descent who worked for the newspaper. Through the jury questionnaire and voir dire, I was able to flush out biases held by jurors towards (1) low level employees, and (2) first generation immigrants. If I had not flushed out these biases, I may not have won the case, and most certainly would not have had such a successful result.

Later, in another case where I represented a person who was a homeless alcoholic but was severely injured by an OCTA bus, I was able to effectively utilize the jury questionnaire/voir dire process to flush out people’s bias towards homelessness and/or alcohol abuse which was critical in our winning the case at trial.

You can also use the jury questionnaire and voir dire process to inoculate the jury to point out facts in your case. You also would want to bring up the negative issues first before the defense does the opposite. You want to enlighten the jury about bad issues in the case, while trying to put as positive a spin as possible on those bad facts.

Effective in person voir dire is also crucial. During jury voir dire, the jury is actively watching trial counsel, his or her staff and everyone in the courtroom. This is the time when jurors eagerly search for an understanding of what is to follow. Selection of a jury panel gives counsel an opportunity to impress the panel with his/her own presence. One way to impress the jury is not to bore the jury from the outset. On too many occasions, attorneys do voir dire examination in a lock step manner. For example, they will start with juror number one, ask five questions, do no or little, if any, follow-up, and then proceed to juror number two and consecutively down the line with the same five questions. By the time counsel has gotten to juror number three, the jurors have lost interest. Each has learned what the questions are and what an acceptable response would be. Nothing of significance concerning a juror’s attitudes and beliefs have been
elicited. The progress continues through to the last juror when the jury panel can then arise from their combined slumber. This process does not generate positive feelings in the jury toward the examiner. Often, quite the opposite.

There is a better way, however. An effective examination will keep all the jurors on their toes. This can be accomplished by bouncing from one juror to another in no predictable pattern. The jurors realize that they can be called at any moment. For example, going from juror number eight to juror number two, to juror number twelve, and back to eight, leaves them with the understanding that they can be called on more than once and at any moment. Also, the questions to a juror may very well ask if they agree with an earlier juror’s response to a prior question.

Now, the jury knows that their name can be called at any time, and they may be asked questions about another juror’s response. The result is an attentive jury. This is in stark contrast to the boredom, the lockstep approach produces.

In very limited circumstances, some courts do not allow an attorney to refer to the jurors by name, but only by their number. There is no such rule in Orange County for civil cases. In courts which allow counsel to refer to the jurors by their name, it is good practice to memorize their names. With some practice this can be easily done when the jurors are first called to join the panel during the court’s obligatory instructions to the panel before counsel is allowed to voir dire them. As with all people, the jury is impressed when the attorney not only bounces from one to another juror with the examination, but does so by referring to each juror by his or her own name. The impression now left with the jury is that the counsel is very competent, engaged in the process and someone they can rely upon to present an effective and interesting case. Additionally, people appreciate when someone remembers their name and refers to them by name. This is especially true when a trial attorney is able to do it without notes and on the spot.

The question attorneys ask during voir dire can alert the jurors to what is coming. Asking potential jurors if “they have ever had an opportunity to judge another person’s credibility” and whether they believe they can “differentiate between a lie and the truth,” makes jurors aware that the case is likely to have conflicting testimony. This becomes the foundation for the theme of honesty v. deceit. Questions to the jurors about “whether they had any moral, philosophical or religious reason that would inhibit or limit their willingness to award large compensatory or punitive damages” lets the jury know they will be making decisions regarding large amounts of money and potentially evil conduct. Later, the jury will be more susceptible to supporting a high award and will be watching for evil conduct as it arises.

Questions should alert individual jurors to be on the lookout for evidence that may fall within a given theme. It can also be used by counsel to obtain a pledge from the jurors that they will act in accordance with counsel’s wishes if the evidence comes forward as suggested. For example, counsel can ask the jurors “if the facts and law support one result, would you work during deliberation to convince the other jurors of your position’s merit and the factual interpretation?” In so doing, trial counsel creates allies and advocates during deliberations that can turn the tide in counsel’s favor. Likewise, if a juror states that he or she will follow the law as instructed, it empowers jurors to remind that juror later during deliberation of the pledge made earlier to counsel. The bottom line on jury selection is that it should put the jury on the lookout for the evidence that is consistent with your theme. Then, when the evidence does appear, the jury will recognize its significance as it fits neatly into counsel’s case theme.

In voir dire, a defendant will try to focus jurors’ feelings away from any natural, sympathetic feelings they may have toward an injured person. Examples of this are as follows:

There are little tips to a juror’s thinking and possible bias toward a plaintiff or defendant. There are standard stereotypes that may indicate a juror’s leaning. For example, nurses, social workers, teachers and outliers or social misfits may lean toward a sympathy for a plaintiff. While business owners, accountants and people that are comfortable and established adults with a solid family background and life may lean for the defense.

There is a common signal that also will give an indication of a juror’s unknowing bias. If a juror is asked what they think of our jury system, and they respond “Everyone has a RIGHT to it” suggests a plaintiff juror. On the other hand if the response is “It is probably the best system” may imply a defense juror. Additionally, if a juror responds with comments like “I feel” versus “I think,” the juror favoring feelings may more likely be a plaintiff juror.

If in asking your questions you get a response from one that implies bias against your client, you should ask: “Who agrees with the opinion of Mr. Smith?” Those that raise their hand may also need to be seriously considered for a strike. On the other hand, if a juror gives you a very favorable response, you may want to ask: “Does anyone disagree with Mr. Smith’s comment?” If they do, they are another candidate for a strike.

I believe it is also important in a civil case to discuss the burden of proof and the distinction between a civil and criminal case. In a civil case the jury need not be convinced. All that is needed is a belief that it is more probable than not even if you are still having serious doubts.

Lastly, challenges. If you have a juror who says negative things, try to have him expand on that belief so later you can prevail on a challenge for cause. This is especially true if you have a judge that commonly tries to rehabilitate its juror.

If you have a need for a strong trial lawyer, I would welcome the opportunity to learn about your case and provide assistance in finding you a top trial attorney. Contact me at 888-570-0000.

No comments to show.