Dan Callahan On the Love Thy Lawyer Podcast 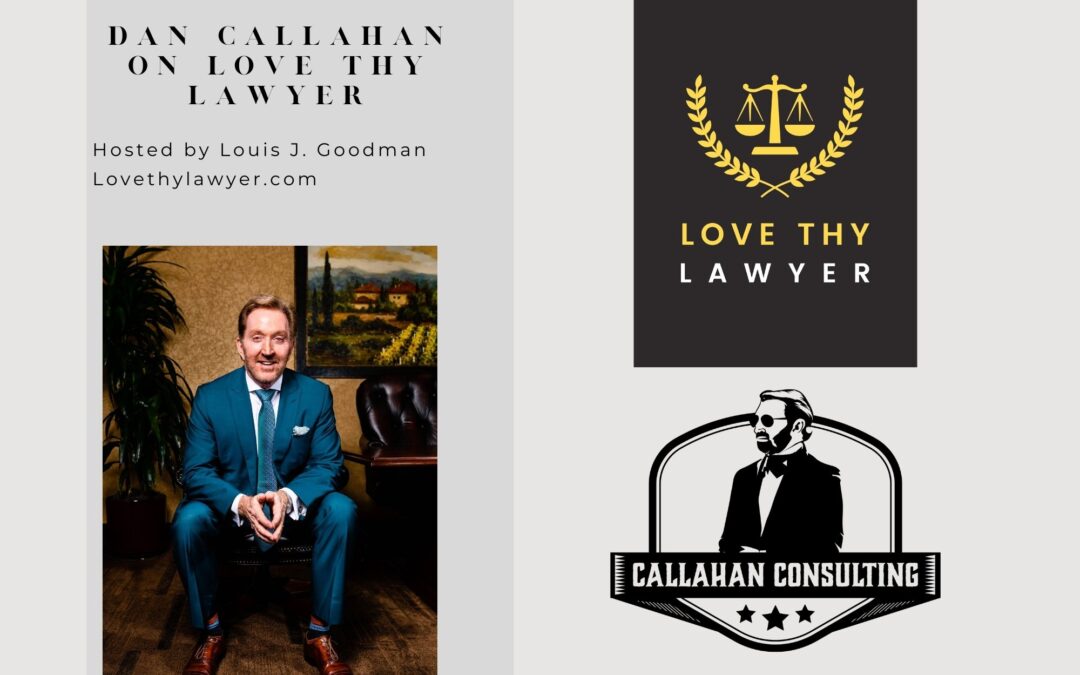 Dan Callahan appeared on Louis J. Goodman’s podcast, Love thy Lawyer. In the interview, Louis talks to Dan about his four decades-long career, most of his work has been with complex business litigation and personal injury, where he has secured over a billion dollars to clients in record-breaking verdicts and settlements. Getting there wasn’t easy.

Says Callahan, “I graduated number 168 out of 172. So I guess it did not really apply myself very well in high school. So I worked construction. I’d climb trees with a McCulloch chainsaw and chop down the trees and throw them in the woodchipper or bust up sidewalks with a jackhammer and throw the debris into the truck. And that’s what actually happened. After a few years. I’m throwing this wood into the woodchipper. And I’m thinking, what am I doing here? You know, my mother said I’d be a good attorney. And I look over my friend who got me the job, and he’s standing there next to his father. So I know why he got the job, but I wanted to go and become a lawyer. But I thought to go, I’d have to go to college. And now I’m gonna be against all those smart people. Right? So I decided to go to college. I put myself through college and law school and I prepared intensely.”

Ultimately, Dan Callahan worked hard to make sure he got through college and subsequently law school. “I worked during the summers and Christmas holidays while in college. And I worked as a Porter on Amtrak.”

Once having graduated near the top of his class at UC Davis, Dan was recruited by law firms until he finally decided it was time for him to step out on his own.

“I have a knack for bringing in business, so I was bringing in quite a bit of business and I was keeping other attorneys busy. And then I thought to myself, ‘you know, I could probably open up my own shop and be my own boss.’ So I called my mother. I said, ‘Look, I’m thinking about doing this.; And she said, ‘You know, there’s a lot of people in the old folks home that say, I wish I had, I wish I had. So right now, Dan, you don’t have any children if you’re ever gonna do it, there’s probably a great time to do it. So go ahead.’ So, with her blessing and my desire to do it, I opened up on St. Patrick’s day in 1984. I started hiring, I didn’t hire an associate for the first six months, and then I hired two. And then the firm expanded thereafter.”

Listen to the full interview below to better understand why being diligent in case preparation is vital for a successful law business.